So, the summer is upon us with an interesting theme — heroes, unmasking, and escaping the ordinary. There is definitely some room for a few interesting board games to feature at your teen or adult events. Lets go through a couple of possibilities. 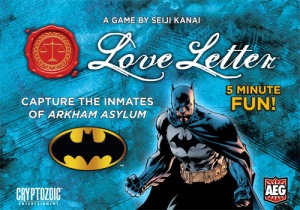 An easy way to apply some board games to the theme is to locate a couple that actively use superheros as their theme. We can go the obvious route and suggest a quick, deduction game like Batman: Love Letter. In this 16 card micro-game, players want to capture and hold in their hand the most valuable criminal (in this case The Joker). This game is quick and easy to learn. Each player starts with one card and draws from the 16 card deck with only sixteen cards. On a turn, they draw one card giving them a hand of two, and then play one card, using the card’s ability to try to learn the cards of other players and knock them out of the round. It is a simple game with a superhero theme applied to it. It lasts about 15 minutes and plays 2-4 detectives. So, anyway. This is like baby detective, let’s get nuts. 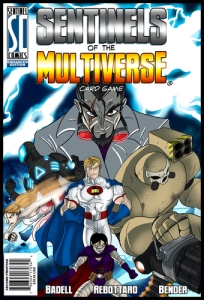 Then, on the heftier side, there is Sentinels of the Multiverse. This is a cooperative card game heavy on the comic book theme. Two to five players control heroes who work together in order to defeat the featured villain. On each player’s turn, they play a card from their hand, apply the power or ability on the card, and then draw up a new card from their deck. But you need to work together and plan your moves because both the villain and the environment is out to foil you. This one plays longer at about 45 minutes for a full game. 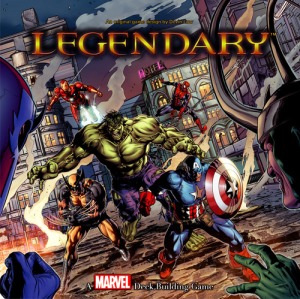 Lastly there are a couple of games from the big two comic book publishers: Marvel Legendary and the DC Deck Building Games. Both of these are deck building games similar to Dominion where each players starts with a set of cards and then throughout the game uses those cards to draw into their hand, that when played will increase abilities, score points, deal damage, etc. Similar to Sentinels of the Multiverse, Marvel Legendary is cooperative but the DC Deck Building Game is a competitive where players need to gain victory points to win. Both these games play in about 60 minutes and play 2-5 people. However, if your players are not familiar with deck-building games, there may be a learning curve so tread carefully when introducing to new players. Although if your teen or adult group are already sold on Dominion, these is an easy win for the summer.

Maybe you prefer the regular heroes that we meet everyday? For example, you could save the world from disease in Pandemic. In Pandemic each player takes on a specific medical role in order to contain and cure four diseases rampaging across the globe. As players work together to save the world, the diseases will ramp up in veracity causing larger outbreaks. If your groups is already well acquainted with Pandemic, then perhaps it is a perfect time to try out one of the many expansions such as Pandemic: In the Lab, Pandemic: On the Brink, or Pandemic: State of Emergency. While you are at it give Pandemic: The Cure, a dice-based version which plays in 30 minutes, a try. 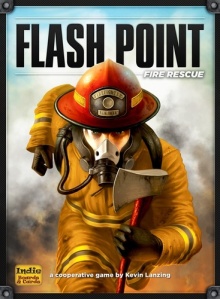 Another option is Flashpoint: Fire Rescue where each player takes a specific fire fighter role, each with it’s own special abilities and attributes in order to rescue people from a burning building. The fire is raging and players need to explore the rooms, battle the blaze, and carry any survivors out of the building before it collapses. This is an amazing cooperative experience with several levels of difficulty from a very simple and family friendly mode to modes that will provide an exciting experience for even the most grizzled players. But either way, Flashpoint works much better with an experienced player moderating the game and helping with some of the fiddlier bits to ensure a nice flow and immersive experience. This is one of my favorite games and it is an absolute joy to moderate this for a group of new players. 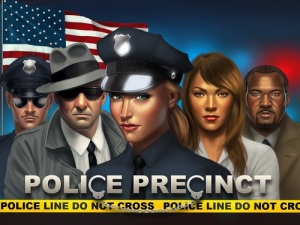 Police Precinct is another cooperative game where players take the role of different police officers (and just like Flash Point and Pandemic each has a specific area of expertise or ability). Players need to keep the street crime down to a minimum while attempting to solve a murder. Around the city are locations for players to search for clues and collect evidence. As players enter a location they can draw and depending on the card they can interview a witness, collect evidence from the crime scene, examine the body, or locate the murder weapon. Players can work together to bolster the effectiveness of the investigation and eventually find and arrest the murder. I have a few problems with elements of the theme of this particular game — namely the “donuts” tokens the officers are awarded and the formation of “gangs” when too much crime is rampant on the street. However, I think the second printing of the game may refine those elements into less stereotypical representations. For an added element of difficulty you can also include one “dirty cop” into the game that is being paid off to ignore evidence and make it harder for the officers to do their job. 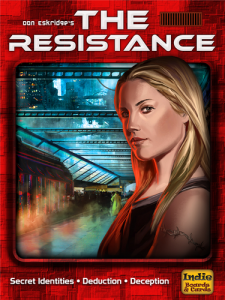 There are plenty of games out there about hidden roles. If you have a particularly large group of people you could play a game of The Resistance. In The Resistance, players are either revolutionaries or spies sent to infiltrate their ranks. Everyone is assumed to be in the resistance but you know there are spies among the players that are going to attempt to sabotage the missions. Each player gets to be the team leader and picks a group to go on a mission. The rest of the players vote on whether to approve the mission. Once a mission is approved (perhaps after much deliberation, gain and loss of trust, and deduction) the players on the mission secretly decided whether to support or sabotage the mission.  This game thrives on misinformation and distrust as hidden elements try to further their own agendas. If The Resistance gets too bland, try The Resistance: Avalon, a retheming of the game to an Arthurian setting with some new game elements. Both games play 5-10 people and play in an intense 30 minutes. 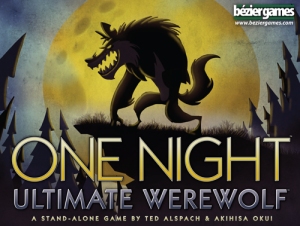 If you feel like a then you could try One Night Ultimate Werewolf where two werewolves are hidden among the various personalities of the village. You have about 10 minutes to try to determine who the werewolves are and then vote to oust (technically you are lynching them) them from the village. There is a number of character cards to pick and choose from. Each character will either favor the villagers or the werewolves. Each player secretly gets a card with a role on it, looks at it and then places it face down in front of them. The game is played in two phases: During the “night” phase, the rolls get to perform different actions. There is a free app that greatly improves this process and I would suggest downloading it and using it to moderate the game. During the “day” phase everyone “wakes up” and discusses who they think are the werewolves. After 10 minutes of discussion, the players vote on who they think is the werewolf. If a werewolf is chosen the villagers win, if an innocent villager is chosen then the werewolves win. 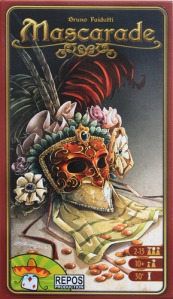 This may be the perfect game for the “unmasked” theme. In Mascarade you are all wearing masks (not literally) and need to discover the true identity of the other players. Throughout the game players will try to amass the most money through activating the abilities of a character card they are given at the beginning of the game. The problem is that other players can switch (or pretend to switch) your card with their card. Pretty soon you have no idea who you are! During a turn players can either announce who they are and activate that character’s ability (“I’m the queen! And I’m taking two gold coins.”) But you can bluff and other players may challenge you (“No way! I’m the queen…I think….maybe”); or secretly look at their card to remind themselves of their identity; or to take another person;s card and their own card and swap (or not) under the table. This is a ridiculous game of bluffing, and identity confusion that will keep 2-13 people completely baffled for 30 minutes a game.

If you are looking for a good, cohesive gaming experience that links board games to the summer reading theme while providing a rich social experience and some cooperative play, try a couple of the games above. There is a wide field of games out there, which ones would you suggest?

2 thoughts on “Board Games for the Summer Reading Program” 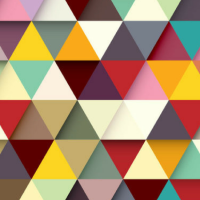 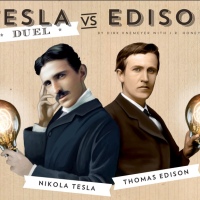 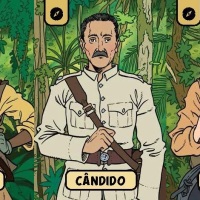